An interview with Founder and President Michael Jay Solomon
by J. Alan Sharrer

Michael Jay Solomon has accomplished a lot of things in his life. Chances are you’ve seen his handiwork in one form or another—probably without even knowing it. 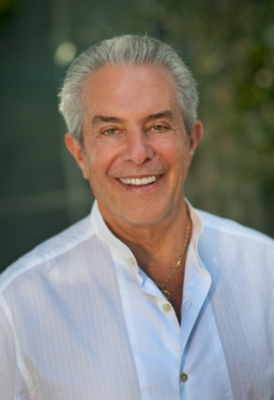 As the co-founder of Telepictures Corporation (later becoming Lorimar Telepictures) and former president of Warner Brothers International Television, Michael Jay Solomon has been a figurehead in content distribution and syndication around the globe for more than fifty years. Michael Jay Solomon has been the largest distributor of American content for the past four decades.

After all the national and worldwide success Michael Jay Solomon has garnered, he recently decided to take on a new venture, one that officially launched last month. It’s called Truli.net and is a gathering place for individuals to view Christian and family oriented content. Truli is also a social networking hub where individuals can watch, share, and comment on sermons from various ministries, view family and faith-oriented films, and even enjoy faith-based music videos.

I recently talked with Michael Jay Solomon and asked him about Truli.net and Christian programming. For Michael Jay Solomon, the advent of technology in the entertainment industry made the decision to create a site like Truli an easy one. There is no distribution over the air, so Truli is only accessible via mobile formats such as a phone, a tablet, or the internet via streaming [Google TV or Roku, for example]). As opposed to YouTube, which doesn’t have a clear target audience, Truli focuses on one particular group of people:  Evangelical Christians.

There are currently 100 million evangelicals in the US, with another 500-600 million spread out around the world. Within the next few years, the worldwide total will surpass one billion individuals. Evangelicals, according to Solomon, are “devout, family-oriented” people who now have a place to go for content directed to them. The beauty of Truli, according to Solomon, “is the opportunity to spread faith-based and family-based content around the world.” Various ministries agree with this vision and have already partnered with Truli, including the International Mission Board and the Universal Affiliates Network.

There is no cost for users to access Truli.net – its advertiser-supported and also allows partnering ministries to receive donations if a person is moved to respond in that manner. It is important to know that Truli does not create the content themselves – they simply gather the various forms of media, categorize them by topic (including films, music, and sermons, which are searchable by keyword—a nice touch), and present them for one’s personal viewing pleasure.

I asked Michael Jay Solomon about faith-based programming and how it has exploded in recent years (witness the success of films such as Soul Surfer and The Passion of the Christ as well as upcoming films about Noah and Moses). “As the economy gets worse,” he said, “people turn more and more to spirituality.” It allows a concept like Truli to arrive at a perfect time for encouraging families and Christians alike in their daily endeavors.

The content of Truli will stand or fall on its own—it’s all about people taking the time to fix their eyeballs on the offerings contained there. Michael Jay Solomon envisions the site eventually offering content “in 12-15 languages” and having tens of millions of people viewing it on a daily basis.